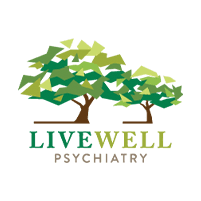 What is bipolar disorder?

Bipolar disorder causes dramatic swings in your mood, shifting between depressive and manic episodes. You might have periods of normal mood between your extremes. There are three common types of bipolar disorder, which are identified by the severity of your symptoms.

Bipolar I causes extreme and intense mood swings between mania and depression. In most cases, doctors diagnose bipolar I during a manic episode when your symptoms lead to reckless and dangerous behavior.

Bipolar II also causes intense mood swings, but you have hypomanic episodes instead of full-blown mania. Hypomania is a less severe form of mania. You’re most likely to seek treatment for bipolar II because of your depressive symptoms. Bipolar II also increases your risk of additional mental health disorders such as anxiety and substance abuse.

Cyclothymic disorder is the mildest form of the condition. You still have emotional ups and downs, but your depressive and hypomanic episodes are frequent but less severe.

What are the common bipolar disorder symptoms?

Bipolar disorder causes depressive, manic, and hypomanic symptoms. During a depressive episode you might experience:

However, during a manic episode, you might have symptoms such as:

How is bipolar disorder treated?

As a national expert on bipolar disorder, Dr. Hoopes offers cutting edge treatments for bipolar disorder. However, before starting any treatment plan, the team completes research-level surveys and assessments to diagnose your condition correctly the first time.

The team prescribes medication to relieve your symptoms. If you’ve tried at least two different medicines without symptom relief, they might recommend transcranial magnetic stimulation (TMS). TMS is a safe, FDA-approved therapy that uses a magnetic pulse to stimulate neurotransmitter activity in the region of your brain that regulates your mood.